After people learn that I worked in China and Vietnam before coming to Pakistan, they often ask me ‘what are some of the differences between the Chinese and Pakistani’s’. The big difference, I always say, is long-term vs short-term. In China the focus is on the long term. They set themselves a goal and no matter how long it takes, with utter dedication and conviction, they reach that goal. In the late 70’s under Deng Xiao Ping’s leadership, the Chinese set on a road to introduce ‘capitalism with Chinese characteristics’. Now 40 years later they are the second largest economy in the world and will over the next 50 years challenge the US for that crown.

On the other hand, in Pakistan it is all about the today. We will take whatever shortcut is possible in order to get an immediate benefit. This applies to all levels of society. Pakistani’s are generally more interested in maximizing their opportunities and earnings today, than waiting to get something significantly better in the future (I would love to see a comparison between Pakistan and other countries on the result of the infamous Stanford Marshmallow Test)

Why I asked myself is this the case, three reasons:

1. You Don’t Know What Tomorrow Will Bring
Uncertainty is so high that you never know what tomorrow will bring. Many people take life day by day, questioning: why try to build something that will only reap its benefits at some time in the far uncertain future? In Pakistan, a strike can be called in a matter of minutes, causing the whole city to shut down and the workday to go to waste. With such erratic conditions, sometimes living in the moment is what works best.

2. You Can’t Depend on Institutes
Our governance is still under constructions. Institutes have made modest progress in ensuring that its people can depend on a fair, transparent and a just rule of law. Apart from a few exceptions, government offices are not known for their ability to deliver quick, consistent and high quality services. You never know whether you can pick up your passport whenever they promised it, or whether the electricity that is there today will be there tomorrow.

3. You Can’t Afford To Wait
With inflation high and incomes at sustenance levels, people need to ensure that they look after their families today. With such a large population of individuals willing to work (especially in the middle and lower class), there is always someone ready to take your place. You can’t afford to wait till tomorrow to grab the opportunity you have at hand.

All these things combined make it almost utterly impossible to predict and therefor plan for the future. This can be said about many countries, but Pakistani’s will agree that our country can sometimes feel like a light switch, with tensions arising and calming down at any instant. We have adapted to this “you never know what will happen tomorrow” motto. Apart from the obvious drawbacks there are of course numerous good things about this motto. Our turnaround time is significantly faster than any other place I have ever lived and we have become much more flexible and agile as a result of it. For us it is all about Now!

You may also like:
Hong Kong is in a Hurry
3 Reasons Why you Can Get Things Done Faster in Asia Than Anywhere Else 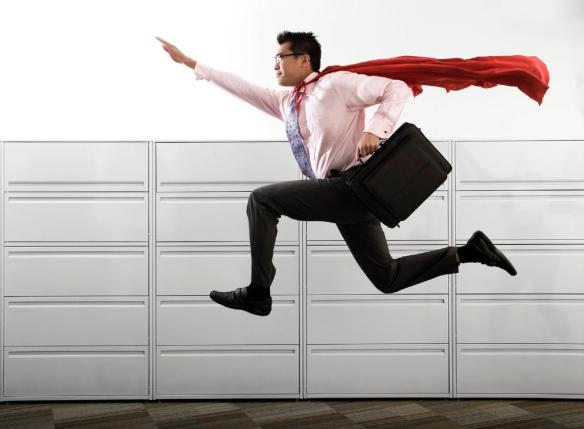 One of the things I love about working in Asia is the speed at which you get things done. Of course, there are many situations in which the bureaucracies and intricacies of doing business in Asia is daunting for the first timer, but when you know your way around you can get things done in no-time and significantly faster than many other parts of the world.

Over the past few weeks I was involved in an initiative to pro-actively identify and develop Myanmar’s Talent as part of an organizations bid to obtain a telecom license and enter Myanmar (see also Myanmar Talent Gold Rush.) Within 7 days this team was ready to launch a press conference, advertising campaign, and build a social media presence and job portal from scratch. This was all in a country that has been isolated from the international business world for the last decade. I would say that is a high achievement!

Speed is Asia’s salient feature. Why, I ask myself, is it possible to get things done here in 7 days that would take 3 months in many other parts of the world? Over the past 15 years having worked everywhere from China to Riyadh and everything in between I have realized that 3 specific features drive the ability to get things done fast in Asia:

1. Hunger for Success
Asia is hungry for success. The continent wants to move and move fast. They realize its their time to take the center stage in the world and they don’t want to waste this opportunity. They are willing to make the extra efforts, sacrifice and still have that zeal to work and push themselves hard, because they want to create a better life for their children. Asians are self-reliant and know that they can’t depend on the government to bail them out (there is no social safety net other than your extended family). They have to do it themselves and will find any way to create a better future for their families, their communities and at the end their countries.

2. It’s All About People
In the developed world, work is organized around processes and systems. The advantage of this is that you can get things done no matter who you are or who you know. Everything is standardized and delivered against certain parameters. Speed, flexibility and customization however are not something that go hand-in-hand easily with a process and systems driven approach. In Asia work is organized around people. Things get done because of who you know and if you have built the right relationship with the right people, things can move faster than anywhere else in the world.

3. Driven From The Top
The last reason is that the power in Asian organizations still reside solidly at the top of the organizational pyramid. The acceptance of power and authority allows the entrepreneurial business owner to push decisions through and ensure implementation with lightening speed.

Of course all of these elements have their downside and I am sure that as the Asian economies and businesses develop the call to transform from people to process driven / regulated societies will increase. However, for the time being, if you want to get things done fast, get it done in Asia.

You may also like:
Hong Kong Is In A Hurry
In China The Disagreement Is In The Details

Add blog to our blog directory.